The Reconstruction of Production Plants and the Supply Network - KfW 4 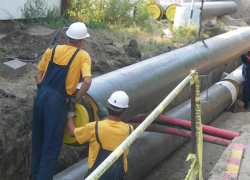 The reconstruction (modernisation and automation) of the production units and the supply network is a project, which is being implemented within the 4th stage of the Rehabilitation of the District Heating Systems in Serbia Project, more commonly known as “KfW 4”, which is implemented within the German-Serbian financial cooperation by the Government of Germany and the Government of the Republic of Serbia (Ministry of Energy, Development and Environment Protection) through a loan arrangement of the German Development Bank - KfW.  The aim of the program launched in 2001 is to advance district heating in the cities of the Republic of Serbia.   The KfW 4 programme has started in 2012.